Grasping the Power of Nature 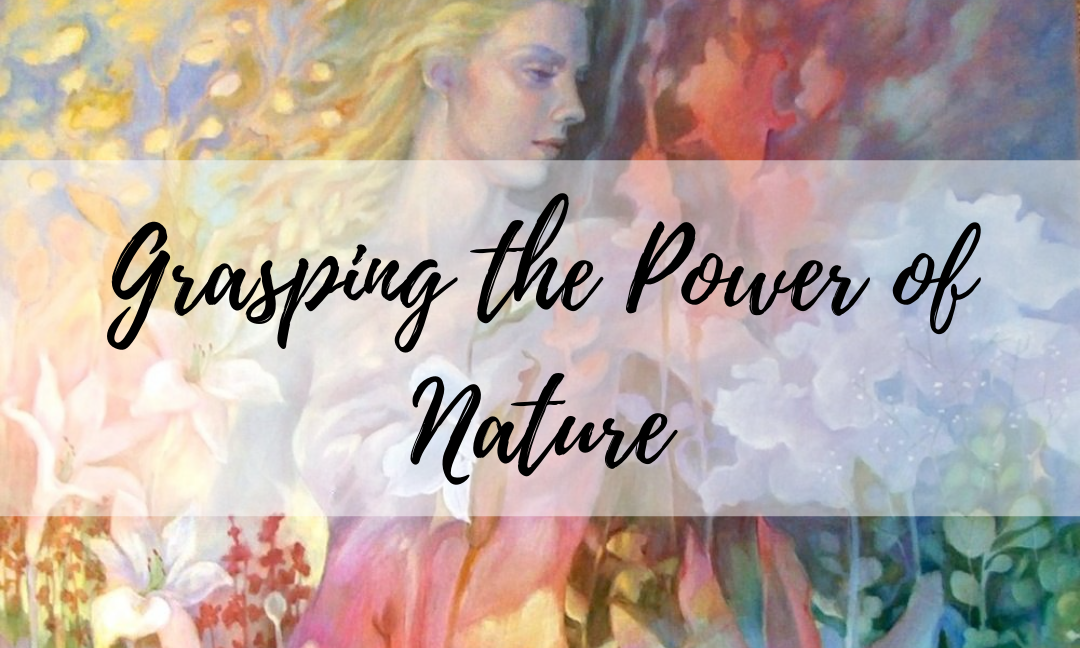 In the world of ancient wonders, where civilization constructed history such as the colosseum and the pyramids, many still believed in the fascination of magic and the unseen. Ancient Europe was the hotspot for the popular Greek and Roman mythologies, Asia holds records of beautiful tales of animals and immortals influencing the earth, and Egypt itself is the definition of mythological figures, ranging over two thousand deities.

All of the deities seen in these polytheism faiths have some overlap in terms of powers. There is always a deity to represent women, fertility, and children, or one that influences emotions such as anger, love, or greed. One form that is going to be examined are the deities in charge of nature, being the physical embodiment for human survival in the terms of agriculture and environment. 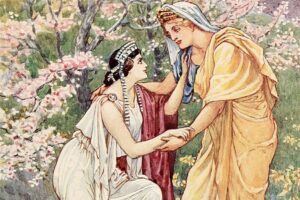 Greek Goddess Demeter alongside with her daughter Persephone

To start with the most well known folklore, Demeter is the Greek mythology Goddess of harvest, fertility of the earth, grains, and seasons. She is often symbolized by a cornucopia, wheat, torch, or bread. Demeter is known to be one of the original Twelve Olympians, holding her with a high status and inspiration throughout history. She is most known for her part in the “Rape of Persephone”, the popular story of how her daughter was taken by the God of the Underworld, Hades. This story did not only show the intense love of a mother and daughter, but also showed how important she was in terms of food supply and human survival. While sources claim different variations, all agree that while Persephone is with Hades, Demeter will reside in grief, causing winter to spread across the lands, resulting in the lack of agriculture opportunities. When she is united with her daughter for two-thirds of the year, Demeter will once again flourish the lands with agriculture and abundance of wildlife.

The cycle between grieving of a lost child and being reunited again is used in one of the rituals of the sacred Eleusinian Mysteries. The Eleusinian Mysteries are secret rituals of the unknown school of Eleusis, and it is still unclear what these rituals would look like. The rituals celebrated the story of Demeter and Persephone, regarding them the reason why they have seasons, and many would be unafraid of death after these rituals. Her love for her child is what brought what many believe the ongoing cycle of life and death, creating her a prominent figure towards agricultural methods and harvest. 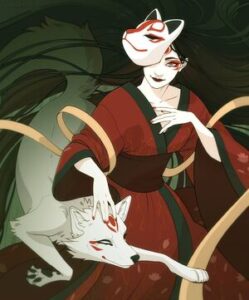 Under a more current and still practised religion, Shinto offers hundreds of deities of Japanese origins with beautiful mythologies. One of the most well known Gods is Inari Ōkami, God of agriculture, prosperity, tea, and protector of foxes. Inari is often portrayed as both male, female, or androgynous, due to the wide spread of different variations of the story all throughout history. Inari is what is known as a kami, a god or spirit in the Shinto religion, and their symbol is kitsune, the fox. Kitsune are female spirits in the form of foxes who either use their wiles to help or harm humans. Inari uses the more pure hearted kitsune to act as their messenger, and Inari’s shrines are often filled with these creatures’ statues. Inari has more shrines than any other kami, with more than a third of all shrines dedicated to Inari. Many who follow Shinto pray to Inari for prosperity in both agriculture and industry wise, dedicating food towards the kami, and becoming a modern culture inspiration for different anime. Through Inari’s constant presence in stories and mythologies, the community has come to protect nature for God’s goodwill. 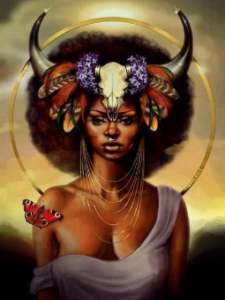 Ala, Alusi of earth, morality, death, and fertility

Going farther south to the people of southwestern Nigeria, Yoruba mythology focuses on the beauty of nature and the Gods and Goddesses who command the elements. Alusi are the deities of the Yoruba people, many have powers that revolve around water, fire, weather, or other natural elements of the land. The Goddess reincarnated as Mother Earth is Ala, representing fertility of animals and humans, morality, death, ruler of the underworld, and the guardian of harvest. She is symbolized by yams and the crescent moon. She is often called the “Mother of all things” by the Igbo people, representing the cycle of life both in the environment and morality. She is associated with making children grow in the mother’s womb, and she is there to receive the souls at death to return to her own womb.

The Igbo people and others pray to and worship her to bring a good harvest and agriculture for the season. There are multiple rituals to worship her, one of the common ones being to light a candle in the morning, welcoming Ala and spring. Devotions are significantly shown during planting season, the first fruit, and harvest. There will commonly be a shrine dedicated to Ala at the centre, and worshippers will leave daily devotions. Seeing her role in the most important components of life such as moral living and death, she is revered as one of the most significant Alusi (god) in Yoruba mythology. Like other deities, Ala teaches humanity as to how to live a moral life, living with compassion and humility, and in turn gifting them with good harvest.

Throughout history, humanity has seen the beauty of these stories passed down from generations, painting the stars with their faces. These deities are the beginning of how humans recognized the importance of nature, worshiping gods and goddesses alike to give them good fortune. When looking back at the rich history of these religions, one can’t help but see the beauty in these deities as people see the beauty in nature.