Electric Cars: How Green They Really Are 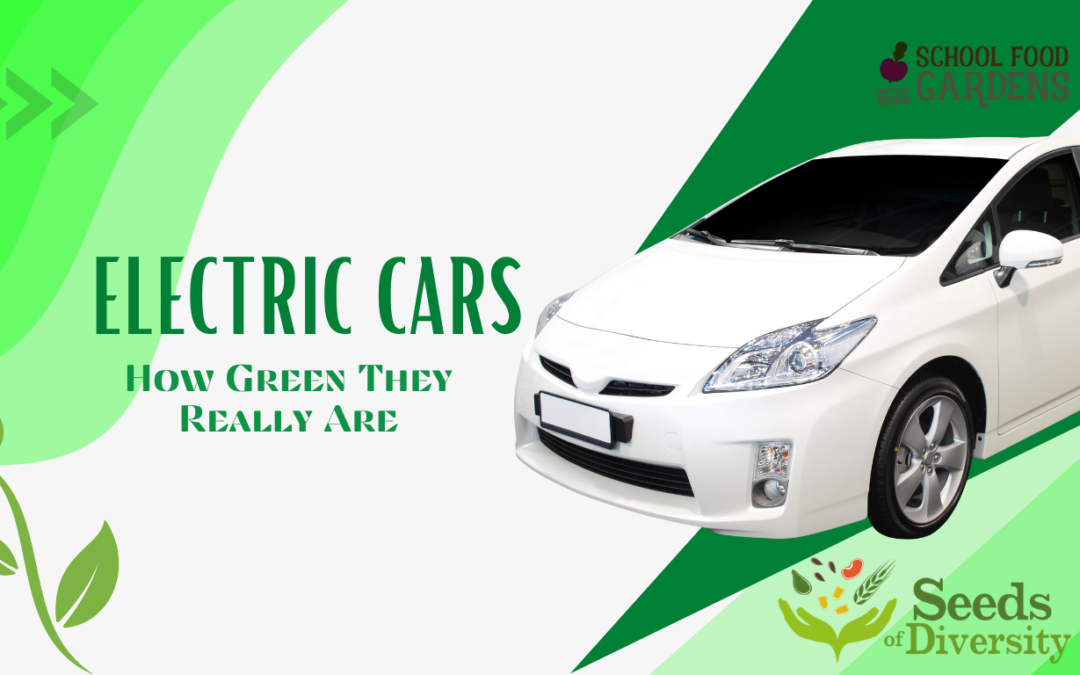 Electric Cars – How Green They Really Are

Since the first modern electric cars (EV) arrived on the scene in the 2000s, critics have been eager to call the ‘green’ label on EVs into doubt. Denialists have raised worries about everything from manufacturing issues, to battery power sources, to overall mobility. With so much controversy and disinformation circulating, the realities around the efficiency of electric vehicles have been somewhat blurred – so how clean are these vehicles?

Let’s take a look at some of the benefits of owning an electric vehicle.

You might save thousands of dollars every year on fuel costs by charging your automobile with electricity rather than gasoline. In New Brunswick, battery-only electric vehicles cost roughly $500 per year to fuel with electricity, compared to more than $2,000 for a vehicle with a combustion engine.

Electric vehicles, which require no tune-ups or oil changes, can help you save money on maintenance expenditures year after year.

With fewer moving components – 20 on an EV versus 2,000 on a gas car – the drivetrain (the parts that convert your source of energy, gas or electricity, into motion at the tires) in electric mobility has less to go wrong. That greatly reduces trips to the mechanic and less surprises during the life of the car.

Using an electric vehicle can cut your CO2 emissions by up to 80%. Cars and trucks in New Brunswick alone use more than 1.1 billion litres of gasoline per year, emitting more than 2.5 million tonnes of carbon dioxide (CO2) into the environment. We may reduce our contribution to climate change, extreme weather events, and smog-related health problems by lowering that quantity.

Even though Electric vehicles have all these pros there are still many drawbacks to owning one.

There is currently no actual comparison between the number of gas stations and charging stations. For many people who charge at home every night and don’t need access to other charges on a regular basis, this is a small consideration. In the previous five years, there has been a fast increase in the number of charging stations across the country. According to statista.com, the United States had approximately 40,000 charging stations as of February 2021. This figure will only rise as EV adoption rises. Automakers have also made a huge push to help expedite the growth of charging stations, which should help alleviate this problem in the coming years.

One advantage that gas has over electricity is the speed with which it may be refilled. It takes two to three minutes to fill up at a gas station. It can take hours to fully charge an electric car. The time will vary depending on the model of the car and the charger’s throughput. Newer fast chargers have higher power ratings and can charge a battery to roughly 80% in around 30 minutes. This time should continue to reduce as technology advances. For many, this is not a worry because they drive less than the range of their EV on most days, but for those who must travel longer distances on a regular basis, this should be taken into account.

While it is true that all electric cars are less expensive to operate than their gasoline-powered counterparts, the lower ongoing costs usually come at the expense of a greater purchase price. The present price difference between comparable products appears to be roughly $10,000, although this gap should continue to shrink as the technology advances. Despite this, when petrol and maintenance costs are considered, EVs tend to be less expensive throughout the life of the vehicle. However, local and federal incentives and rebates are frequently available to close some or all of this buying gap.

The final disadvantage of electric vehicles is the high cost of changing the battery packs. One of the primary reasons for the greater initial cost of EVs is the batteries. A complete replacement can cost up to $6,000. However, as technology progresses, these prices are reducing. This issue is minimized by the fact that a full battery replacement is rarely required, and EVs remain less expensive to operate during their lifetime.

Owning an EV has all these downsides and advantages, but are they really what they seem? On the surface, it appears absurd that a rechargeable battery car, which emits no emissions, could have a greater detrimental impact on the environment than one that emits carbon dioxide and other pollutants all the time. But, of course, the truth goes far deeper than that.

Though your EV may be running cleanly as it transports you to work, the electricity that powers it must come from something. According to experts, this is the cause of the issue. Many regions of the world continue to rely on natural gas or coal for the vast majority of their electricity, resulting in large CO2 emissions. Do the arithmetic, they say, and you’ll discover that EVs aren’t much better than a car powered by an internal combustion engine.