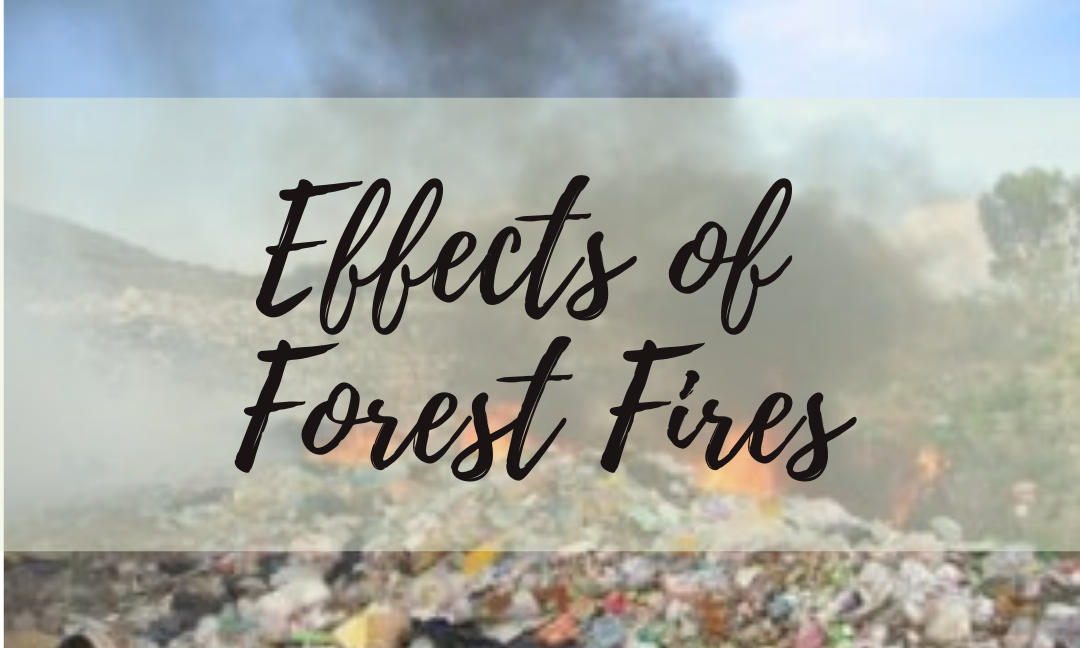 They’re violent, relentless and have destructive power. Forest fires are one of the many different natural causes that can damage entire ecosystems. They spread very quickly and easily just as a virus would. As these fires grow in size, the means to contain and eliminate them get harder and harder to access. Fires have  several effects on our ecosystems. Not all of these effects, believe it or not, are negative. Which is why I would like to dig deeper into the effects forest fires have on our ecosystems 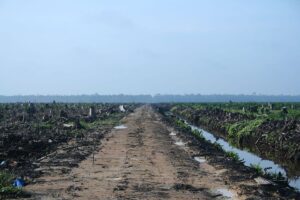 It’s no secret forest fires can cause a massive amount of destruction across a large area. How bad are they, exactly? For starters, the fires themselves can cause serious drought across many hectares of land. This causes somewhat of a domino effect. The soil dries up to the point where it may not even be able to absorb water. The plants will then lose their source of hydration and die off. Which results in a decimated land where little to no biotic creatures can live.

The damage, however, doesn’t stop there. Not only is our environment affected, but potentially the entire ecosystem. If the fires get out of hand, they threaten to spread as far as into the closest towns and villages. When this occurs, people’s lives become in danger. The damage done is almost as equal to any other natural disaster. Which is why forest fires are dangerous, as they spread in a matter of minutes. The fires will keep on expanding as long as they have something to “consume”. This is why the fires grow fastest in forests as most plants are flammable.

Are we really the cause? 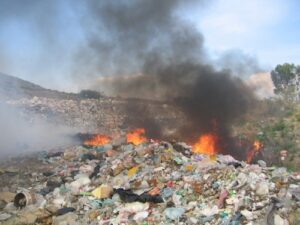 Forest fires are natural disasters, or at least they used to be. In recent years, forest fires have been increasingly caused by human activities. The biggest and most commonly known source is climate change. As the heat starts to rise, the soil will lose the water it contains; this being the root cause. Once the soil and ground lose too much hydration, it can cause the fire to break out. However, it is important to note that natural fires can be easier to control and exterminate. This is due to them being smaller, and contained, whereas human produced forest fires threaten to spread fast.

Other than climate change, humans can also contribute to forest fires by throwing cigarettes and burning garbage. However, many have accidentally started a fire by not taking proper care of a firepit in the forest, and even some military activity that involves firearms and/or other weapons.

Now, for something good 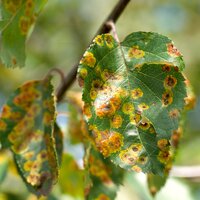 Despite all of the terrible consequences that come from forest fires, they can also do a little good along the way. It may come as a surprise to some, but forest fires are able to, on certain occasions, help a forest grow. Even though the fire is killing several living organisms, they are also killing the plagued plants in the area; which can be quite harmful if not taken care of. This is precisely how forest fires play their role. Once those disease ridden plants are burned, it paves a path for plants to grow that do not contract the diseases.

It is, nevertheless, important to keep in mind the fires won’t always have this positive effect on forests. They can easily create damage which is greater than any positive effects.

Forest fires will keep increasing in numbers due to climate change. We have to keep in mind that we shouldn’t be aiming to eliminate all forest fires because as any other natural disaster, that is how our environment functions. However, we can still learn ways to minimize and even contain such disasters by working to decrease the effects of climate change. If we all take the time to be more conscious of our ecological impact, we could work towards finding ways to decrease our negative effects and start or even continue new, positive effects along the way.