Burrowing Owls – Why Is Their Population Decreasing? 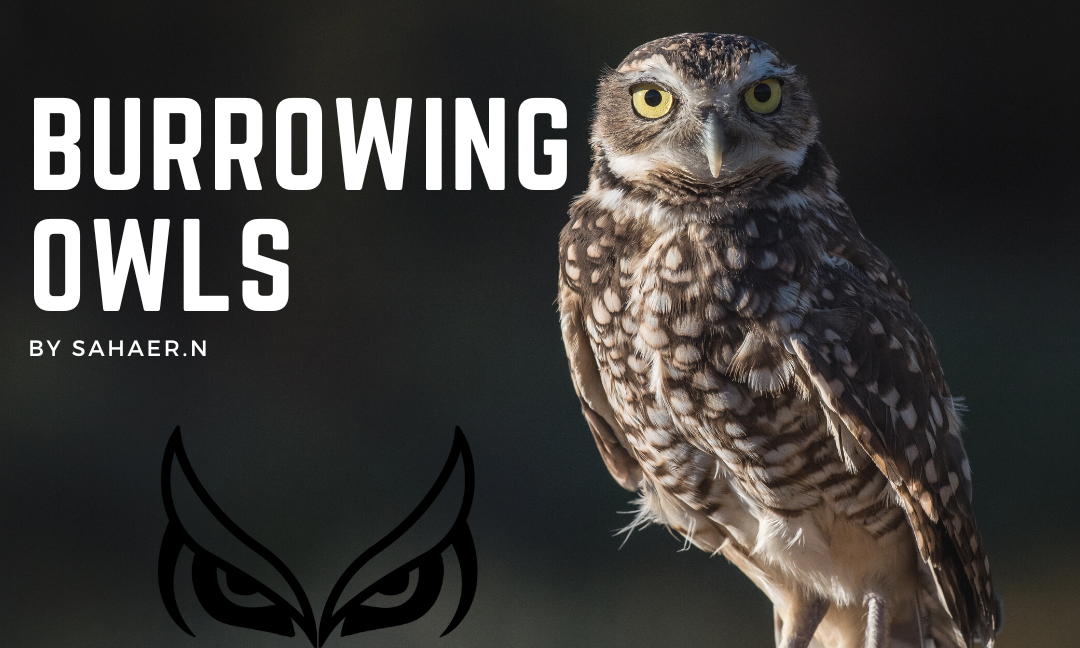 Burrowing Owls – Why Is Their Population Decreasing?

It all ties back to climate change. Human activities are causing changes in the earth’s climate. These changes have caused a differentiation in the habitats of many species that reside on this planet we call home. Scientists say nearly 100 species go extinct daily and will continue to. Though most of the species that vanish are quite small in size, a few larger-size species have been going extinct as well.

Burrowing Owls are getting near their extinction. They are currently considered “least concerned” but soon will be considered threatened.

The Burrowing Owl also known by its scientific name Athene cunicularia is a ground-dwelling bird species. These birds can be identified by their long legs, brown bodies with dots on white, and ears which,  unlike most owls, don’t have any tufts. Their height amounts to 10 inches for both males and females and they weigh around 6 ounces. In addition, their wingspans can reach from 20 – 24 inches wide!

Prairie grasslands are the natural habitat for this owl species. Their habitat requirements include areas with the low-covered ground, tunnels for nesting (usually created by ground squirrels or prairie dogs), and plentiful amounts of food to support and feed their families.

In the past, burrowing owls lived in the grasslands of central and southwestern Canada, the central and southern United States, Mexico, and South America. Today, however, burrowing owls have nearly vanished from Manitoba, Canada. They were once designated as extinct in British Columbia, but a tiny population has been re-established, thanks to our efforts. Now, burrowing owls can be found in significantly reduced numbers at dispersed nesting sites across their limited territory.

Burrowing Owls hunt at any time of day or night. They fly, hover, walk, or dash near the ground, capturing prey in their talons. They sleep on dirt mounds at their burrow entrances or in depressions in the ground between forays for food. Disturbed owls bob up and down jerkily, as do hunting owls targeting prey. They are primarily monogamous and reproduce in loose colonies. Males tend to maintain vigil at a nearby burrow or perch while females stay in or near the nest burrow until the chicks fledge. Males protect their territories by vocalizing, weaving, crouching with feathers fluffed, or chasing and fighting with outstretched talons. Courting adults, mostly males, make their presence known by circling overhead or flying dozens of feet into the air, hovering for a few seconds, and then rapidly descending. Pairs communicate via vocalizing, rubbing bills, and preening, with the male calling and bringing food to the female. Young owls play-hunt by hopping on each other, on prey provided by their parents, and on dung around the burrow.

As shortgrass prairie habitats are converted to agricultural cultivation, habitat loss and fragmentation are the primary causes of the decrease in the burrowing owl population. Farmers’ efforts to minimize the number of ground squirrels, prairie dogs, and insects imply fewer burrows for nesting and less prey to feed on. Furthermore, chemicals that control insects, ground squirrels, and foxes can poison owls when they consume the carcasses! Carbofuran, a powerful insecticide used to eliminate grasshoppers, one of the owls’ principal food sources, is of special concern. By preying on eggs and young, badgers, foxes, skunks, weasels, and snakes can significantly reduce nesting success, while coyotes and red-tailed hawks prey on adults.

Thankfully, burrowing owls are still common, although populations have fallen by over 3.5% each year in Canada and more than 4% in several states between 1966 and 2019, according to the North American Breeding Bird Survey. The declines have been especially pronounced in Florida, the Dakotas, the Midwest, and coastal California. Partners in Flight estimates a global breeding population of 18 million birds and ranks them 11 out of 20 on the Continental Concern Score, suggesting that the species is of low conservation concern. The species is classified as Endangered in Canada and Special Protection in Mexico. Agriculture and industrialization have greatly reduced the colonies of prairie dogs and other burrowing mammals that once housed hundreds of burrowing owls. Pesticides, vehicle collisions, shooting, entanglement in loose fence hunting by imported predators (including domestic cats and dogs), and other man-made threats are also significant causes of death for this species. Fortunately, at the same time Burrowing owls have been benefiting from protective legislation, reintroduction, habitat protection programs, and artificial nest burrows.  One advantage for these owls is that they do not require long spans of unbroken habitat. Burrowing owls are federally protected under the Endangered Species Act. In addition, they are protected in Alberta and Saskatchewan, the major purpose being to encourage landowners to maintain the burrowing owl habitat. These initiatives are known as “Operation Burrowing Owl” and “Operation Grassland Community.” Today, burrowing owls are protected in every province where they live.

In Saskatchewan, there is also a burrowing owl recovery team with a recovery strategy. They developed a conservation breeding colony from 1995 to 2002. This colony enabled them to create a successful owl release technique and research methods to improve wild owl survival odds.

Canada has pledged to conserve 30% of its lands, oceans, and freshwater by 2030. This goal will aid in the protection of ecosystems, habitat restoration, and the fight against climate change. All of these things are steps toward safeguarding Canada’s endangered creatures, therefore let us hold the federal government accountable.