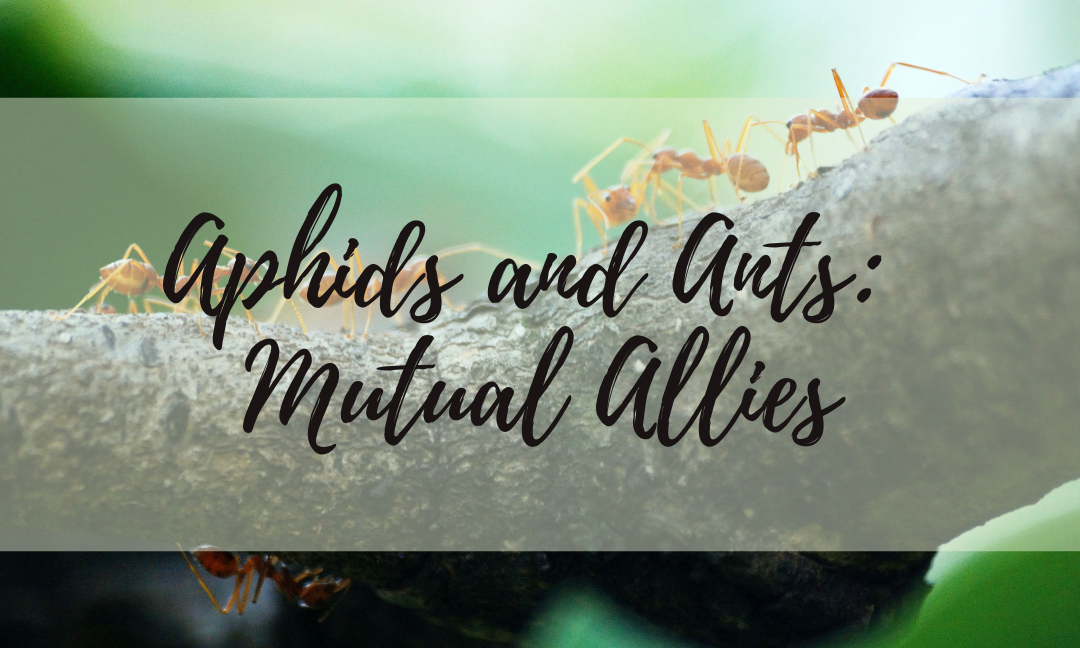 We’ve all heard about the competition in nature; one species competing against another for the same resource. While this is very common, there are also other species that work together, each one benefiting from the other in this strange alliance. This is called mutualism. Organisms from two different species form a relationship that is beneficial to both sides. A common example of this is the relationship between pollinators and flowering plants. The pollinator collects nectar from the plant, which is sustenance for the pollinator, and in turn, it spreads pollen, allowing the plants to reproduce. 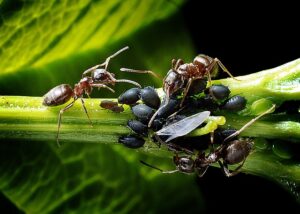 One mutualistic relationship we can see right in our gardens and forests is the relationship between aphids and ants. Ever seen the strange sight of ants herding a flock of tiny aphids on a plant stem while taking a stroll through the forest? One might assume that the two insect species are squabbling over resources, but they are actually helping each other achieve different goals.

Aphids are sap-sucking insects that consume sugary fluids from plants. They are known for being the source of crop destruction, as they must devour large quantities of plants. They also excrete waste called honeydew, which is a sugary substance that ants love consuming. The aphids provide the ants with honeydew, and the ants protect the aphids from any predators on the hunt. The ants can even “milk” the aphids by stroking them with antennae, which triggers honeydew excretion. One can imagine the ants as a farmer, herding a bunch of sheep, but instead of sheep, it’s aphids. When the plant is depleted of nutrients, the ants will carry the aphids to a new location. The ants will violently attack any creature who might harm the aphids and sometimes destroy predator eggs. 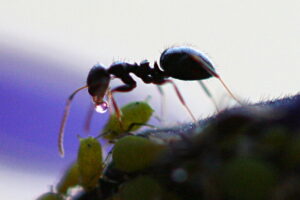 On the outside, this seems like a very peaceful and happy relationship, but there is a darker side to it. If a population is too dense, aphids may develop wings to fly to a new location. However, the ants are not that willing to let their food source fly out of their grasp. Some ants will tear the wings off of the aphids or secrete chemicals that prevent wing development to keep the population under their supervision. The ants control reproduction by allowing the most productive aphids to reproduce, while the least productive get eaten.

Are the ants the tyrannical dictators in this mutualistic relationship? While it may seem like it, the aphids don’t really seem to mind. They are willing to trade their freedom for protection against their worst enemies like ladybugs, and the devouring of aphids is a form of population control. Aphids have not been observed fleeing from ants, and they seem to welcome the safety and protection of the ants.

So the next time you take a walk, keep an eye out for these little guys. Their relationship is complex and important and can be found quite impressive.