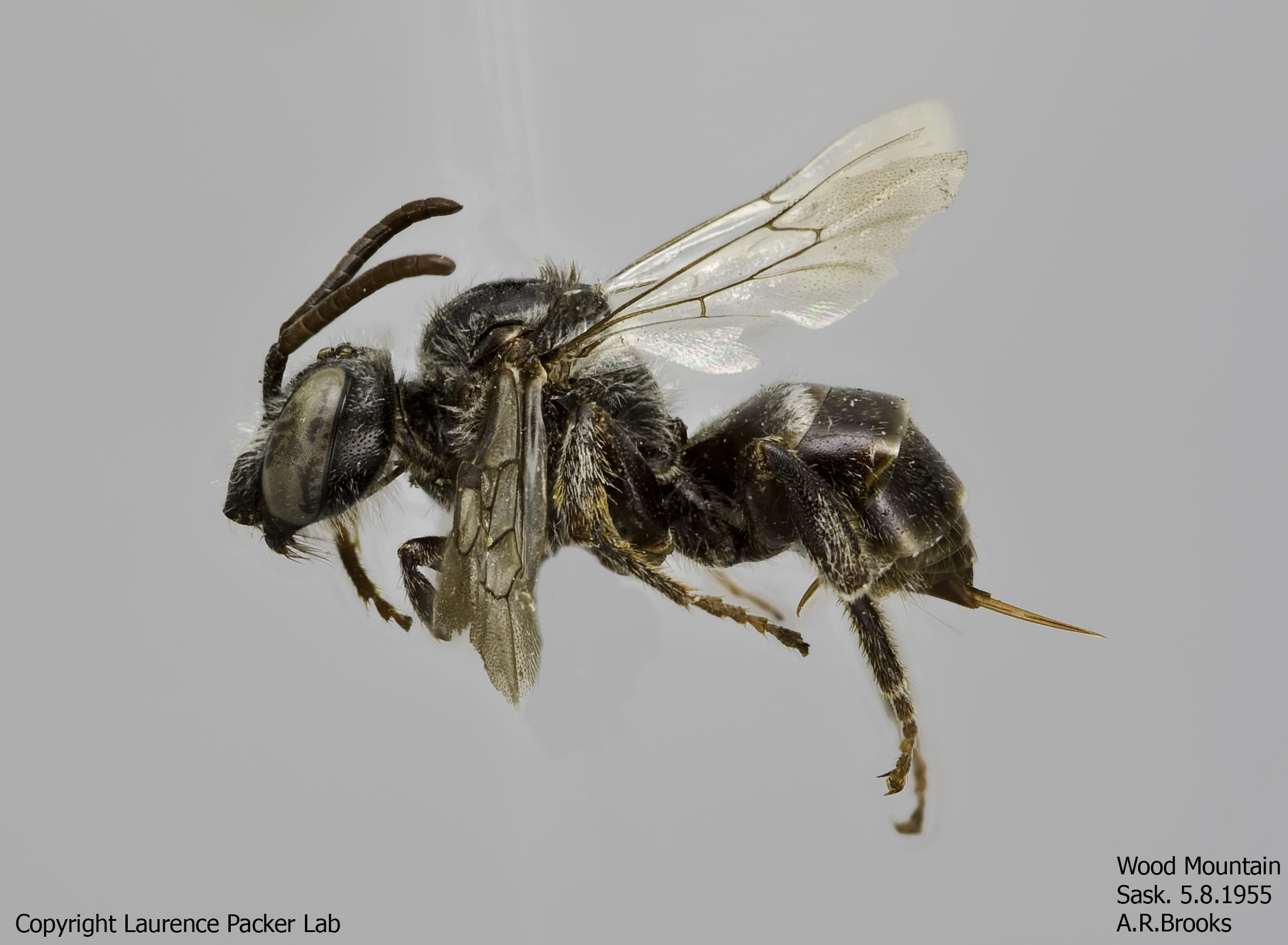 In Canada, the only bee genus to use floral oils as a food source is Macropis, which is also the only genus of the family Melittidae in Canada. The food plant of Macropis bees is Yellow Loosestrife (Lysimachia), also known as Swamp Candle, or Yellow Flag. Macropis bees are uncommon, relatively small, ground-nesting bees that are completely dependent on their floral hosts (Lysimachia), from which they collect pollen and oils. There are four species of Macropis and nineteen species of Lysimachia in North America.

Nesting in the soil usually requires some sort of cell lining that maintains homeostatic humidity conditions for the provision mass. While most bees provide a mass that consists of pollen and nectar for their young, Macropis bees use pollen and oil from Lysimachia as bee bread. In the case of Macropis bees, the oils are used both as a larval food source and as part of the nest cell lining. Nectar from other plants is also collected.

Nest sites of Macropis are typically located within or adjacent to the host plant population, usually in sandy soil with sun exposure and vegetative undergrowth. The food plant requires moist habitat. Although solitary, Macropis bees often nest in small aggregations on sloping banks.

There is a cuckoo bee that attacks the nests of Macropis bees — Epeoloides pilosulus — and it is the only North American member of a genus that contains just two species, the other being found in the Old World. Cleptoparasitic bee females sneak into the nests of their hosts and lay eggs on the food provision collected by the host bee (Macropis species). The egg or larva of the host bee is killed by the cleptoparasite. Epeoloides pilosulus females can be recognized as cleptoparasitic bees as they lack specialized pollen-collecting hairs on their legs.

Despite the commonness and wide distribution of oil-producing Lysimachia, E. pilosulus is very rare. In fact, it was thought to be extinct until it was rediscovered in Nova Scotia. Historically in Canada, this species was known from six sites across five provinces (Saskatchewan, Manitoba, Ontario, Quebec and Nova Scotia). In the past 40 years, it has been collected in Canada at one site in Nova Scotia in 2002, and has not been found in more recent surveys there. In the US, it has been found only once, in 2006.

Thus, the Committee on the Status of Endangered Wildlife in Canada has designated E. pilosulus, also known as the Macropis Cuckoo Bee, as endangered. However, it awaits listing and protection from Catherine McKenna, Environment Minister, under the Species at Risk Act.

Loss of wetland habitat (where Lysimachia typically grow) due to urbanization and conversion to cranberry farms, as well as increased pressure from invasive plants (such as Phragmites species and Purple Loosestrife, Lythrum salicaria) were listed as probable reasons for the decline of the Macropis Cuckoo Bee.

The Macropis Cuckoo Bee is one of the rarest bees in North America, and a member of one of the most specialized set of ecological relationships known for bees: it has a single genus host which itself forages for pollen and oil on a single genus of plant. Due to this specialization, populations of E. pilosulus are highly susceptible to any changes in the abundance of Macropis bees and Lysimachia plants; these are not adaptable bees.