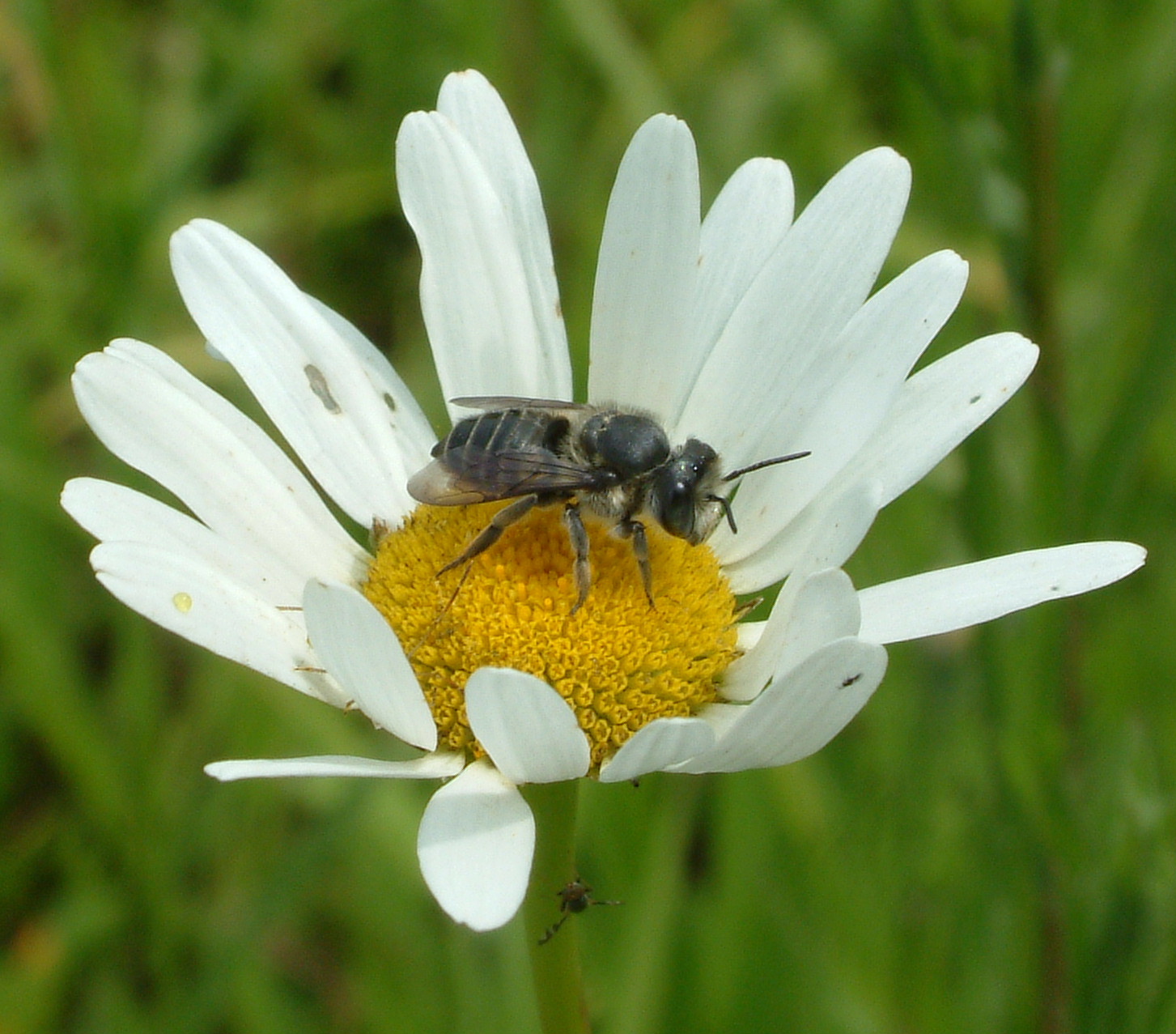 Leafcutter bees, species of the genus Megachile, are distinguishable by their habit of cutting precise half-moon shapes in plant leaves to create "baby bee blankets" in their nests. They tend to favour the leaves of rose, lilac, green ash and Virginia creeper, but in a pinch, other varieties will be used. Generally, there is no harm done to the plants.

These native leafcutter bees are solitary, meaning they do not nest in a colony. Each adult female prepares her own nest, usually tunneled out of partially rotted wood or made in the pith of canes and hollow-stemmed weeds. The leaf fragments are used to line the nest cells. Leafcutter bees work quickly, typically making a smooth semi-circular cut about 3/4 inch diameter cut from the edge of the leaf, in 10 seconds or less. The resulting leaf-lined cell is then packed with a "loaf of bee bread" -- a ball of pollen and nectar -- and an egg is laid on the "loaf." The cell is sealed with more plant material, then another cell is constructed. In larger nests, a dozen or more such cells may be created one after the other.

You can provide leafcutter bees with ready-made nests by following the advice on websites such as this one. Sometimes you may discover colourful, beautiful nests that the leafcutters create using flower petals.

When the eggs hatch, the immature bees feed on their bee bread and turn into a whitish grub by late summer. They overwinter in the nest, emerging as an adult bee the following spring. One generation is produced per year, with peak activity of leaf-cutting typically in late June and July.

The leafcutters are important pollinators of summer flowers, vegetables and herbs, collecting pollen and packing it under their abdomens, in contrast to other bee species which use "pollen baskets" on their legs. Out west, where almost all of Canada's alfalfa grows (in Alberta, Saskatchewan and Manitoba), the alfalfa leafcutter bee is managed for its very important role in the pollination of this crop.

(Information from Colorado State University Extension and Stephen Buchmann, scientist at The University of Arizona, and International Director of the Pollinator Partnership)